48
Bacteria Created In Labs OLIVER TAYLOR Scientists are at it again. This time, they’re creating new viruses and bacteria in their laboratories. Scientists usually prefer altering already-existing or extinct bacteria and viruses to produce new strains that will defeat our immunity, vaccines, and drugs.Sometimes, they prefer creating new viruses and bacteria from scratch. However, these strains are not always dangerous to humans even though they could be deadly to animals like mice and even to other bacteria.SEE ALSO: 10 VIRUSES THAT ACTUALLY HELP HUMANKIND10 Horsepox Photo credit: drugtargetreview.com Scientists at the University of Alberta have created horsepox, a lethal virus closely related to the equally deadly smallpox. Unlike smallpox, horsepox does not affect humans and is only fatal to horses. The scientists created the virus during a six-month study sponsored by pharmaceutical company Tonix. The researchers purchased DNA pieces via mail order and arranged them to form the virus. The entire project was not expensive. The DNA pieces used to create the virus cost just $100,000.The study caused a dilemma at the time it was revealed. Other scientists were concerned that governments or even terrorists could use the knowledge to create smallpox virus for biological weapons. A smallpox epidemic could become deadly for us today. We no longer get vaccinated for it because we eradicated the disease in 1980.The researchers clarified that they created the virus because they wanted to develop improved smallpox vaccines. Tonix later revealed that it had produced a smallpox vaccine with the horsepox virus. Other scientists say that the researchers could have extracted horsepox from wild horse populations instead of creating it from scratch. Tonix said they would have done just that if they had known they had natural access to the virus. However, lead researcher David Evans said they recreated the virus because Tonix would have been unable to commercialize the horsepox virus taken from the wild.[1]

47
Това го четох миналата година! Li-Meng Yan (simplified Chinese: 闫丽梦; traditional Chinese: 閆麗夢) or Yan Limeng, is a Chinese ophthalmologist and virologist whose 2020 publications and interviews alleging that SARS-CoV-2 was made in a Chinese government laboratory have been widely disputed by the scientific community.[4][5] Yan claimed in interviews that she became aware of person-to-person transmission of COVID-19 in late December 2019, and that she attempted to communicate the risks to her superiors in late December 2019 or early January 2020.[6] She alleges that the Chinese government and the World Health Organization (WHO) knew about the person-to-person transmission of COVID-19 earlier than they reported or made public, and suppressed both her research and that of others.[7] In April 2020, she fled to the United States where she co-authored two preprint research papers,[a] published to the Zenodo platform on September 14 and October 8 respectively, presenting theories about the origin of SARS-CoV-2.[10] The September 14 preprint said that SARS-CoV-2 had not emerged naturally in a "spillover from animals", but had been produced in a laboratory.[8][10][11] According to a scientific review by the Johns Hopkins Center for Health Security, the September paper offered "contradictory and inaccurate information that does not support their argument".[4] Four review articles published in the MIT Press criticised the paper as not demonstrating "sufficient scientific evidence to support its claims."[5] The October 8 preprint went further, saying that SARS-CoV-2 was a bioweapon created by laboratories under the control of the Chinese Communist Party (CCP).[9] (From Wikipedia, the free encyclopedia) 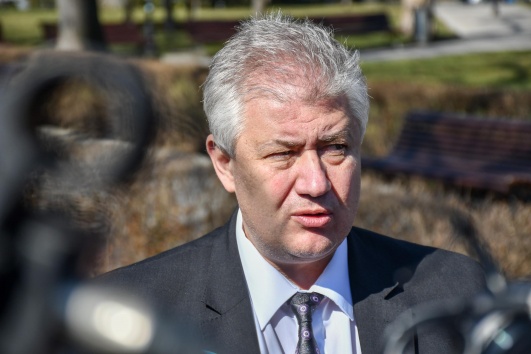